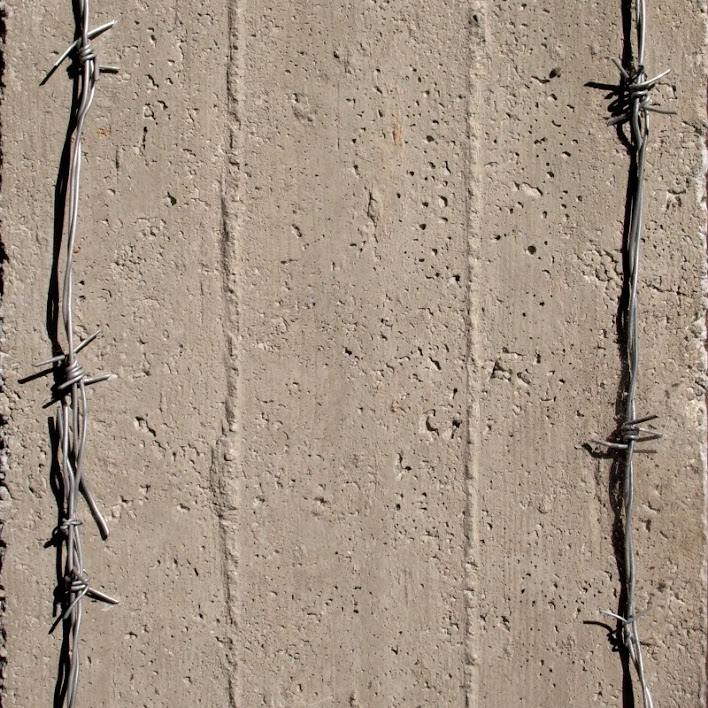 The Body Bereft of Self.

Longing of life and art as a means to satisfy this longing have been enduring values in the course of twentieth century in the arts of the Western world and have helped determine much of this course. A lot of artists, especially those that were included in the modern avant-garde, but also many among those of the so called neo-avant-garde took it as their intended purpose to negate the autonomy of art and bridge the distance between art and life.

Konstantin Fischer’s works are also marked by the longing of life which he wishes to satisfy through an art referring to key figures of modernism spanning from Marcel Duchamp to Allan Kaprow. His artwork which could have been more properly termed as the material manifestation and extension of his thinking and activities, involves traditional means as painting but also more contemporary media like readymades which question in exactly the same way as Marcel Duchamp did, the distance between art and life. His work also employs minimalist serial repetition, conceptualist installation and that interactive part with the audience that Kaprow always included in his art.

Fischer’s work is entitled Hostages and departs from the notorious Guantanamo Bay detention camp and the prisoners therein, held hostages by the USA military forces. It is well known that after the 9/11 airplane crashes at the World Trade Center in New York City, the so called war on terror began which involved a military mission against Afghanistan, presumably harboring the heads and operating minds of Taliban forces. At the same time, several secret operations in countries where Al Khaida was thought to be operative took place. The NATO countries collaborated with the USA to extinguish terrorist organizations of Al Khaida and often many individuals were flown to Guantanamo Bay prison to be detained over suspicions of being Al Khaida facilitators and auxiliaries. Under the panic and stress of the secret operations, confessions were often forced in retrospect and through a series of ethically questionable means that included torture. Fischer organizes an installation in one room consisting of three groups of works. Each group involves 25 multiples, identical original pieces: the first group, entitled Hostage, Guantanamo, involves an image of a male head identified by its thick red and black contours. The paintings are on plywood with acrylics over a reddish base, covered by white paint applied with broad strokes, so as to retain a certain transparency. The next group is entitled Hostage, Tortured and involves again a series of 25 multiples of found objects, i.e. a couple of electric battery chargers hung on four wood planks and displayed with their wires. The third group title is Unknown hostage. Disappeared. It involves 25 concrete frames before the ends of which a barbed wire is attached forming a rectangular shape within the concrete frame.

All three groups inevitably bring to mind the elementary facts about the Guantanamo prisoners: they are detained for purposes of interrogation, not always carried in accordance with the rules and standards which international law dictates. On a large table put in a conspicuous place in the installation room, Fischer places 30 photographs of the image which prevails in each of his installation groups and then a greater number of photoreproductive copies of this image. The numbers are not randomly selected: 25 multiples x 30 photographs + 25 originals equal 775, the total number of prisoners withheld at Guantanamo. Photographs and photocopies are sold and cards are being given to the exhibition visitors who are encouraged to post them to President Obama in the USA urging him “to allow an independent international commission to investigate the exact circumstances under which civilians have been arrested, deported and imprisoned by US military forces and their allies during the so called War on Terror.” The fact that the audience is asked to complete the work by mailing the cards is as important for the artist as it was for the interdisciplinary and participatory social sculpture of Joseph Beuys who has been a steady point of reference for Fischer’s work. Beuys’s 7000 Oaks project sculpture for Documenta 7, 1982, asked from the art audience to plant an oak tree in Kassel for every basalt stone that would be removed from a large pile next to an arrow pointing to a single oak tree that the artist planted.

There is a clear political ring in Fischer’s work. Via the Guantanamo detention camp, an entire institutional system of concentration camps, imprisonment and surveillance is interrogated and the artist places himself opposite or against this system, using the modernist means as his methodological options. Leon Golub, the great political painter elaborates well on the way the artists “work in the interstices, the loose linkages of the system” and how this work correlates to culture and often means a certain guilt that permeates the artist’s consciousness. For the old dictum «Epatez les bourgeois» today “is difficult when many of the means of art are congruent to or “mimic” structures and methodologies inherent in technology and communications theory.”

Fischer seems to be aware of the impossibility of securing a pure position against the political system which is unadulterated by the very system it fights against. This is the reason why he employs minimalist serial repetition of the same image in order to downplay the notion authenticity, mastery and sovereignty of authorship resulting in a unique artwork. Andy Warhol’s famous pop serial images of the electric chair relentlessly repeated eschew the apocalyptic tone of the artistic statement and invite reflection as to the extent to which this object has become part of everydayness and collective consciousness via the media. Fischer’s artwork displays its own process of production and remains essentially open-ended before its audience, of those selected few who espouse his vision and seek to complete it by mailing the card. Thus the issue is not to stake out a politically correct position but to encourage reflection and a reconsideration of our ethicopolitical views. It is not certain that art can change the world but it may very well lead to questioning most of its basic premises. In that regard, Fischer’s work is certainly postminimalist for it is not vested solely on perception outside history and politics but seeks, without requesting, that kind of reflexive engagement that contemporary political artists like Alfredo Jaar and Krzysztof Wodiczko have in common.

Hostages have had a long record in art history and Fischer himself has mentioned the captivating effect that Jean Fautrier’s Hostages, a series of small paintings and prints between 1943-1945 and around 1956 have had on him. To a certain extent Fischer seems to share with Fautrier the latter’s fascination with primordial materiality that made him neglect drawing, light and context, issues which we also find in Fischer’s work albeit in a totally different context. Fischer manages to reveal the tactile qualities of concrete, wood and acrylics by juxtaposition but he certainly avoids Fautrier’s overworking of material with gouache, pastel and paper pulp. Fischer sticks to Donald Judd’s minimalist requirements for a work which simply needs to be interesting to have a reason for existence, independently of the traditional verdict of quality. Interesting essentially means relevant to our situation, experience, fears, hopes, desires and needs.

In the first group of images Fischer has used the contours of his own head to signal the hostages he refers to. As mentioned previously, he seems to wish to refer to all 775 of them, all those who went through the experience of Guantanamo whom he does not know by name, nor has he ever met them. For that reason he employs the most obvious choice, his own contours in order to venture to speak, testify on their behalf and represent them through his own body. His head and upper torso stand for all these prisoners as a substitute for he thinks of himself as representative of them too and obviously considers that he could have been one among them. Nothing of course allows him such an identification of himself with them: the artist and his audience in the safe and privileged situation where they are cannot possibly put themselves in the position of all those tortured, detained and died. No matter how much we desire, it is impossible to substitute ourselves for them in retrospect. And yet, by the very same token, it is impossible not to substitute ourselves for them. It is precisely on the face of this impossibility of substitution that the engagement with the Guantanamo problem becomes possible as a responsibility that I, myself, alone, must carry through, like Abraham in the Bible, that he alone carried the entire responsibility of obeying God’s will and sacrifice Isaac his beloved son to him. The realization of our limitations in the face of history, our own contingency, particularities and vulnerabilities allows us to consider our body bereft of our self, link with the other and engage with the world in a meaningful manner that manifests solidarity to the others. 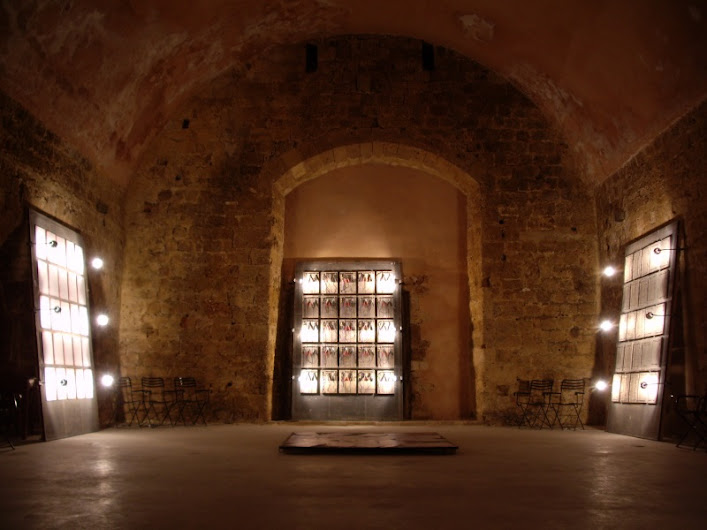 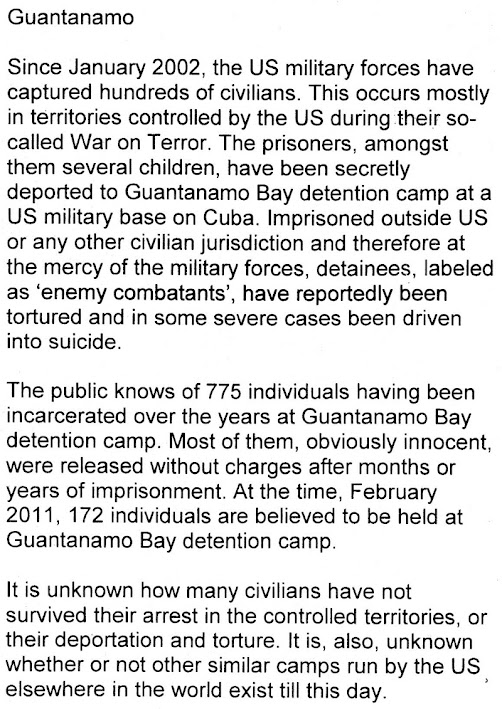 to be sent to the President 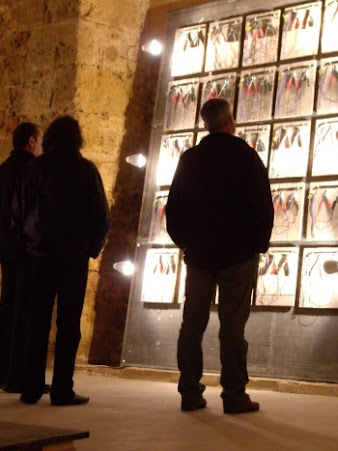 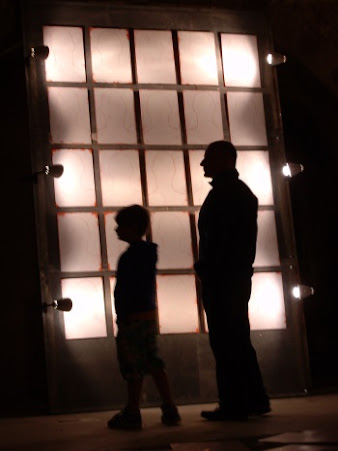