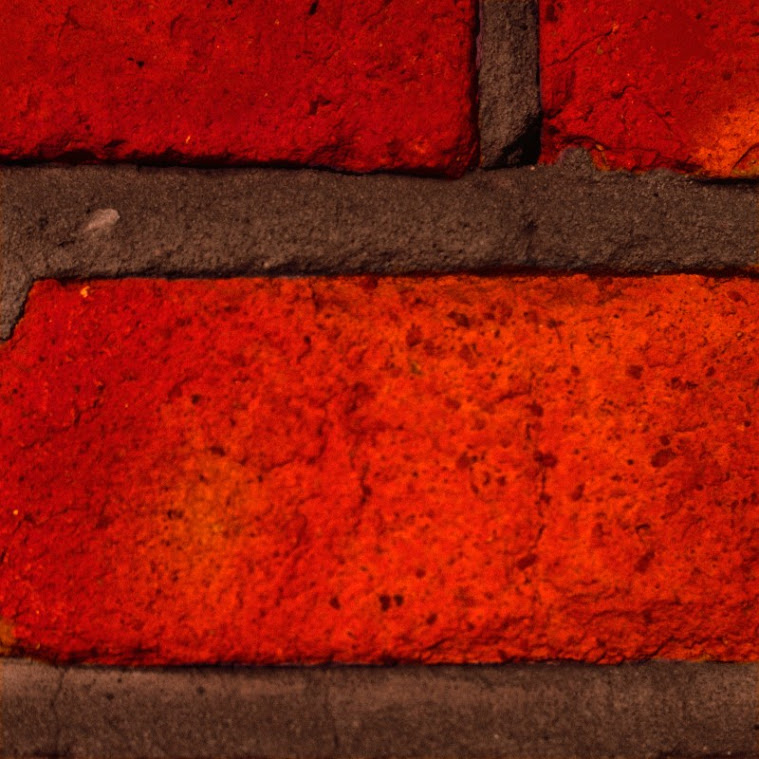 Images from some two thousand years of European civilization: from cobblestones in Hamburg to the Roman floor of an ancient temple in the south of Crete, from a mosaic ceiling of a byzantine church in Athens to layers of lead on a dome in İstanbul or a British brick wall in once colonized southern Africa. Details isolated from their contexts, details thus becoming context to one another.

At the exhibition at WEISSER RAUSCH in Hamburg in 2010, the spectator was able to get into a Zen-like state looking at the details and the details of the details when standing in front of the blow-up versions of the photographs (1m x 1m) on the walls. In the center of the exhibition space, on a surface on floor level, the visitor was asked to re-arrange smaller versions of the images, thus creating his own view, experiencing his own understanding of the material exhibited.

These two qualities of this specific series of photographs, the meditative aspect and the possibility of ever new arrangements, reflect the underlying concept of the minimal music by Michael Petermann that was playing in a constant loop: Ave Bach, Petermann's variations on Bach's Prelude No. 1 (BWV 846) and Gounod's 'Méditation sur le Premier Prélude de Piano de S. Bach'.

Years before the exhibit in Hamburg, after the premiere of Petermanns piece, I just had stepped out of Berlin cathedral, still dozed by the meditative power of the music, when I realized the striking similarities between the pavement under my feed and the Roman mosaic floor of the temple of Asclepios in Lissos – when taken out of context and proportion: the concept of the series 'counterpoint' was an instant inspiration, realized in years of painstaking attention to the details and fascinating close cooperation with Michael Petermann.